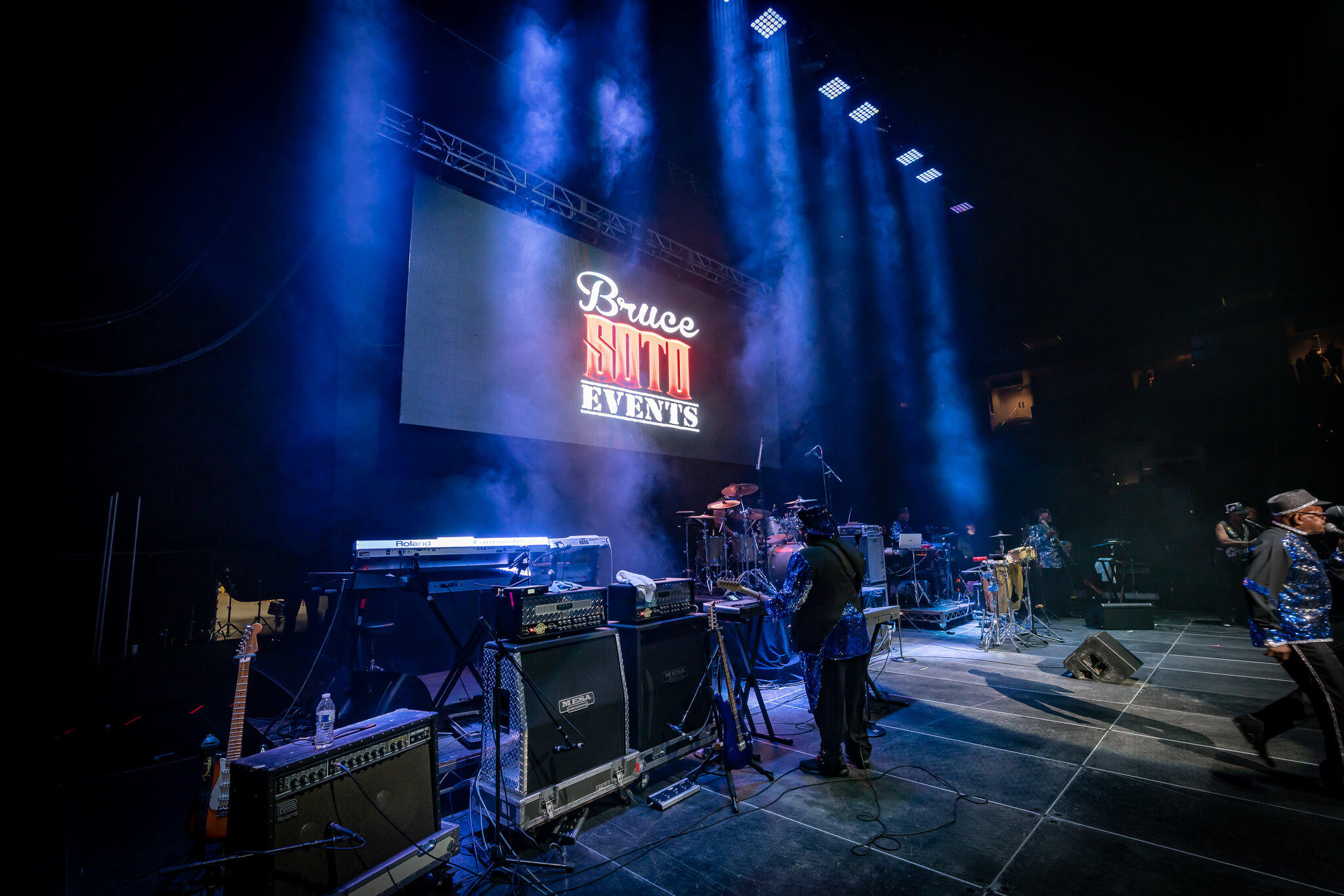 BruceSotoEvents Established in 2008 as a Division Of Soto Entertainment Group bringing you great concerts, events and night club promotions throughout out California and now expanding to mid west and more.

Founder “Bruce Soto” has been in the entertainment business for over 30 years. A working touring musician with  family band “SOTO”, a Latin American musical powerhouse is a self-contained group, which includes family members and founders Bruce & Artie Soto!
Based out of Norwalk California, the brothers started their own dance band and would perform at school talent shows, school dances, fundraisers, weddings, night clubs and eventually made it to concert tours in which they have worked with groups such as EARTH, WIND & FIRE, PATTY LA BELLE, DION WARWICK, JAMES BROWN, PONCHO SANCHEZ, TITO PUENTE, TEENA MARIE, WHITNEY HOUSTON AND MARC ANTHONY just to name a few and can be seen with Ricky Martin on his “One On One” Asia MTV special as his back up band.

“SOTO” has traveled throughout the world including, HONG KONG, THAILAND, SINGAPORE, INDIA, INDONESIA, GUAM, SAIPAN, HOLLAND and was the first Latin American band to perform in BEIJING CHINA. SOTO has also completed several USO Tours in which they have performed for the brave men and women of our troops in KOREA, JAPAN & EUROPE and most recently in IRAQ, Kuwait and AFGHANISTAN.

“Make people happy” say’s Bruce Soto. “I want people to forget about all there problems for the time they are here and leave feeling good” That’s what its all about!!!